How is HIV passed from one person to another?

Only certain body fluids from a person who has HIV can transmit HIV (for example, blood, semen, pre-seminal fluid, rectal or vaginal fluids, and breast milk). These fluids must come in contact with a mucous membrane or damaged tissue or be directly injected into the bloodstream (from a needle or syringe) for transmission to occur. Mucous membranes are found inside the rectum, vagina, penis, and mouth.

Is the risk of HIV different for different people?

Some groups of people in the United States are more likely to get HIV than others because of many factors, including the status of their sex partners, their risk behaviors, and where they live.

When you live in a community where many people have HIV infection, the chances of having sex or sharing needles or other injection equipment with someone who has HIV are higher. You can use CDC’s HIV, STD, hepatitis, and tuberculosis atlas to see the percentage of people with HIV (“prevalence”) in different US communities. Within any community, the prevalence of HIV can vary among different populations.

Gay and bisexual men have the largest number of new diagnoses in the United States. Blacks/African Americans and Hispanics/Latinos are disproportionately affected by HIV compared to other racial and ethnic groups. Also, transgender women who have sex with men are among the groups at highest risk for HIV infection, and injection drug users remain at significant risk for getting HIV.

But there are more tools available today to prevent HIV than ever before. Choosing less risky sexual behaviors, taking medicines to prevent and treat HIV, and using condoms with lubricants are all highly effective ways to reduce the risk of getting or transmitting HIV.

How well does HIV survive outside the body?

HIV does not survive long outside the human body (such as on surfaces), and it cannot reproduce outside a human host. It is not spread by:

Can I get HIV from receiving medical care?

Although HIV transmission is possible in health care settings, it is extremely rare.

The risk of getting HIV from receiving blood transfusions, blood products, or organ/tissue transplants that are contaminated with HIV is extremely small because of rigorous testing of the US blood supply and donated organs and tissues.

It is important to know that you cannot get HIV from donating blood. Blood collection procedures are highly regulated and safe.

Can I get HIV from a tattoo or a body piercing?

There are no known cases in the United States of anyone getting HIV this way. However, it is possible to get HIV from a reused or not properly sterilized tattoo or piercing needle or other equipment, or from contaminated ink.

It’s possible to get HIV from tattooing or body piercing if the equipment used for these procedures has someone else’s blood in it or if the ink is shared. The risk of getting HIV this way is very low, but the risk increases when the person doing the procedure is unlicensed, because of the potential for unsanitary practices such as sharing needles or ink. If you get a tattoo or a body piercing, be sure that the person doing the procedure is properly licensed and that they use only new or sterilized needles, ink, and other supplies. 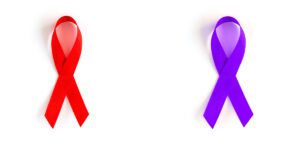